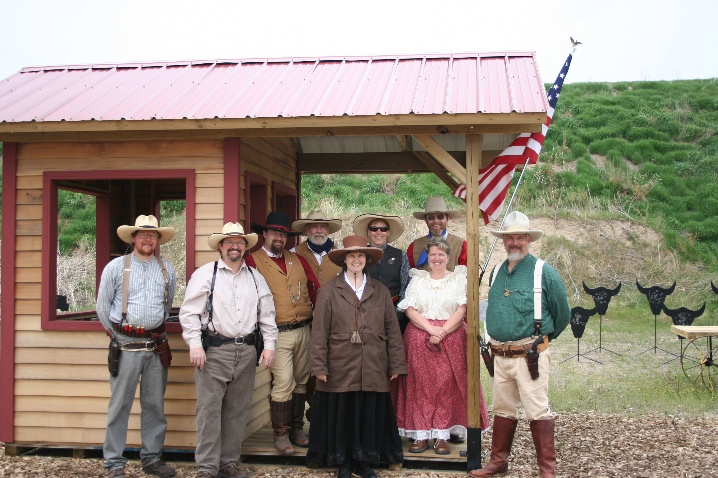 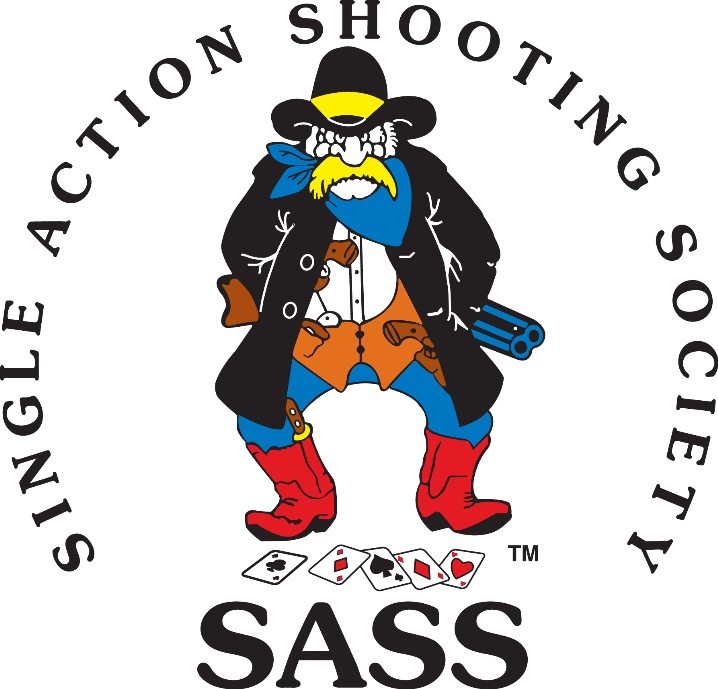 The Platte Valley Gunslingers are a SASS® affiliated shooting group.  Our matches are generally held on the first Sunday of the month, starting in May.  Please view our shooting schedule for exact dates.

In Cowboy Action Shooting™, contestants compete with firearms typical of those used in the old west:  single action pistols, pistol caliber lever action or pump rifles, and old time shotguns.  A typical monthly match consists of five or six stages.  Each stage is a course of fire where the competitor fires any number of rounds from any combination of firearms through a prearranged scenario.

One of the unique aspects of SASS® approved Cowboy Action Shooting™ is the requirement placed on costuming.  Each participant adopts a shooting alias and their costume is developed accordingly.  Many participants  gain more enjoyment from the costuming aspect than from the shooting itself.  Regardless of a SASS® member's area of interest, SASS® events provide opportunities for fellowship and fun with like-minded folks and families.

New shooters are strongly encouraged to join us.  If you are new to Cowboy Action Shooting™ and would like to shoot a monthly match but are unsure if you have all the equipment needed, contact us!  We will make sure you have the opportunity to participate in this exciting sport.

Please visit our photo gallery to view our cowboy town and more!

For more information on SASS®, go to http://www.sassnet.com/