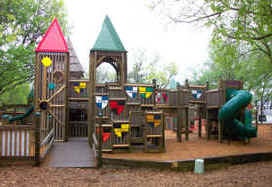 The Kids Kingdom playground is BIGGER, BOLDER, and WILDER than any playground in the state. The design is a combination of the most popular features suggested by more than 1,500 Grand Island children.

Thanks to the work of the entire Grand Island team of hundreds of volunteers...
KIDS KINGDOM IS A REALITY ! This five day construction project, as well as all the planning by the committee members, is something the community can be proud of for a long time. Kids Kingdom was built in only five days !

Come check it out....swings, twisty slides, bridges, castles, a pirate ship, rock wall, and so much more await you and will delight children of all ages. 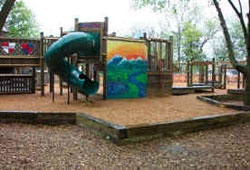 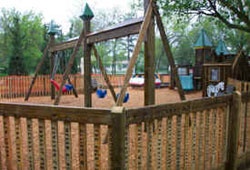 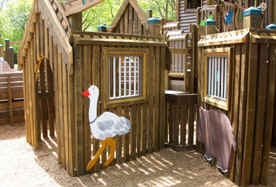